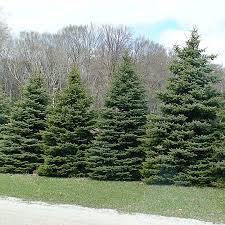 ·    It is very cold in winter in hilly places like Ooty, Kashmir, Darjeeling and the Himalayan ranges including Himachal Pradesh.

·      Conifers have needle-like leaves which are very tough and can survive the cold and snow.

·   The sloping shape of the trees makes the snow fall off easily.

·      These trees keep their leaves green all throughout the year and so they are called evergreen trees.

·    The spruce trees are used as Christmas trees.

PLANTS OF THE PLAINS

·       The trees and plants of the plains mostly have many branches and numberless leaves.

·  The leaves are renewed periodically.

PLANTS OF HOT AND DAMP AREAS

·   Palm, tamarind, rubber and coconut are some of the trees that grow well in this type of climate.

·     Eastern and western sea-coasts of south-India are such regions.

·      The trees of such areas are evergreen and they usually have a large number of leaves and they do not shed their leaves in winter.

·  Places that have clayey soil and plenty of water and the water cannot drain away so it collects in the soil.

·      Mangrove trees grow in such marshy places or swamps.

·        Roots of the plants in marshy lands have breathing roots that grow above the ground to take in the air they need instead of under the soil. Such roots are called aerial or breathing roots.

PLANTS OF THE GRASS FAMILY

·  Some common varieties of plants that belong to the grass-family are rice, wheat, jowar, bajra, sugarcane, bamboo etc..

·  The plants of this family provide food for us and animals.