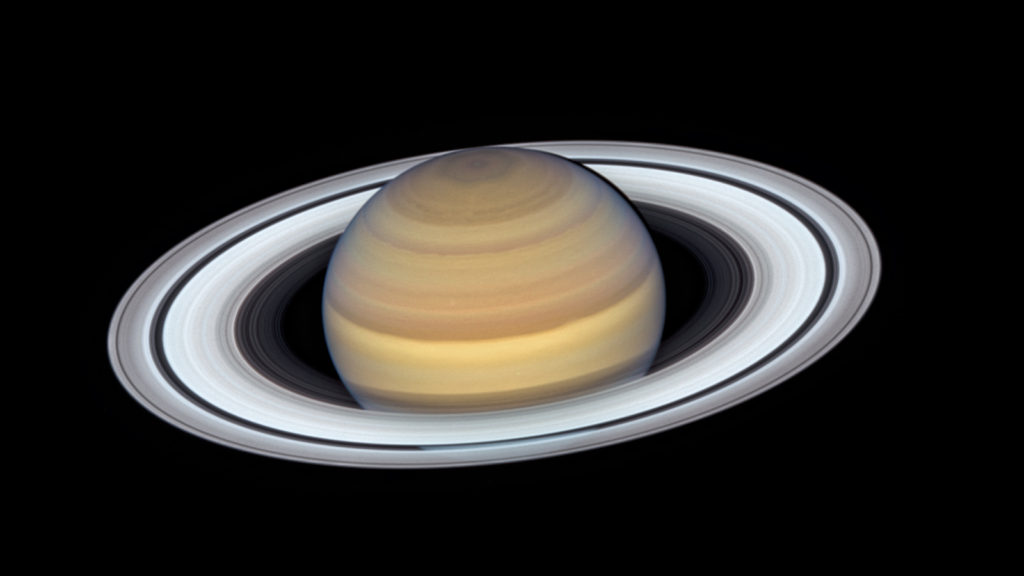 We see the Sun in the sky during the day.

·     It contains no solid materials.

·    The Sun is the closest star to Earth, although it is too far away from us.

·     The Sun is the main source of heat and light energy for all living things in the world.

Planets look like stars, but they do not have light of their own.

They merely reflect the sunlight that falls on them.

Can you distinguish between planets and stars?

The simplest method of identifying planets from stars is that stars twinkle, whereas planets do not. Also the planets keep changing their positions with respect to the stars.

ORBIT OF A PLANET:

·       A planet has a definite path in which it revolves around the Sun. This path is called an orbit.

·       The time taken by a planet to complete one revolution is called its period of revolution.

·       The period of revolution increases as the distance of the planet increases from the sun.

What is the solar system?

The Sun and the other heavenly bodies revolving around the sun belong to a family which is called solar system. Thus, the sun, its planets and their satellites and asteroids make the solar system.

The four inner planets Mercury, Venus, Earth and Mars – which are closer to the Sun, are made up of rocks and iron.

·      The closest planet to the Sun is only about as wide as the Atlantic Ocean!

·      It is the smallest planet of the solar system.18 Mercuries would fit into the Earth.

·      This is also the fastest planet. It speeds through space with 50 km per second/31 miles per second.

·   Venus is the hottest planet of our solar system as it contains a very high amount of Carbon dioxide. Carbon dioxide has a property of trapping the heat and so it traps all the heat coming from sun.

·      This makes Venus the second brightest object in the night sky after the Moon.

·       Venus is very similar to Earth in terms of size and material. However, it is the hottest planet in the Solar system.

·       The surface of Venus hosts thousands of volcanoes, craters and super-high mountain ranges.

·       Earth is the only planet which has water in the liquid forms and supports life.

·      Earth is the fifth largest planet of our solar system and has one large natural satellite, the Moon.

·      All planets were named after Roman and Greek gods and goddesses, except the Earth. The name nevertheless is more
than 1,000 years old and means just ‘ground’.

·      It is a reddish planet because of lot of iron oxide in its soil.

·      Mars is very cold and dry but water exists in form of ice at the North and South poles.

·      The surface of Mars has many craters, deep valleys and volcanoes.

·   The largest peak on the red planet is a volcano called Olympus Mons, which is three times higher than Mount Everest, the highest mountain on Earth. ‘Mons’ is the Latin word for mountain.

·   Jupiter is the largest planet in the solar system.

·      Jupiter is the fastest spinning planet.

·      Jupiter has a ‘Great Red Spot’ which is actually a storm that has been blowing for about 350 years.

·      Jupiter has some of the largest moons in the Solar System and one in particular, Europa might be able to sustain life in an ocean below its icy surface.

·      Jupiter is a gaseous planet with no solid surface.

·       There is one spacecraft currently orbiting Jupiter called Juno.

·     This means that it doesn’t really have a proper solid surface as it is mainly made up of gases with a small rocky core.

·      Saturn is the second largest planet

·      It is known for its rings, although the other gas giants also have these kinds of rings but only Saturn’s rings can be seen the clearest.

·      Saturn’s moon, Titan is the second largest in the solar system.

·     Uranus is the second furthest planet from the sun

·  It is the coldest planet.

·     It takes Uranus roughly 84 years to orbit once around the sun.

·       Uranus is a blue-green planet, not because of water, but because of gases that make it appear blue.

·     Neptune is closely related to Uranus, the atmosphere is composed of almost the same gases and just like Uranus, Neptune also appears blue.

·     Neptune is the farthest planet from the Sun and it takes 165 years for Neptune to go once around the Sun.