When light rays falls on an image and it can be obtained on a screen, it is called real image.

Images formed on the film of a camera and retina of an eye are real images.

When light rays falls on an image and it cannot be obtained on a screen, it is called virtual image.

Virtual image is formed behind the mirror. Mirrors like Plane Mirror, Convex Mirror and Concave Lens.

Image made by a plane mirror is laterally inverted image (where left becomes right and right becomes left).

That is why the word ‘AMBULANCE’ is written in laterally inverted form on the front of the ambulance. This is done so that the driver in a vehicle ahead can easily spot the ambulance and can give the way.

Mirror in the shape of a sphere, it is called spherical mirror.

Spherical mirrors are of two types.

In Concave Mirror, the 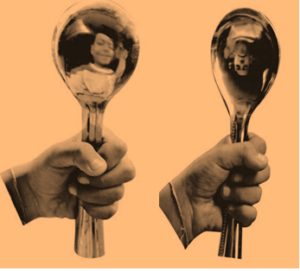 reflective surface is inside the sphere, i.e.
is depressed.

In Convex Mirror, the reflective surface is outside the sphere, i.e.
is bulged or protruded.

Formation of Image in Concave Mirror: In convex mirror, the
image formed is erect, virtual and smaller than the object 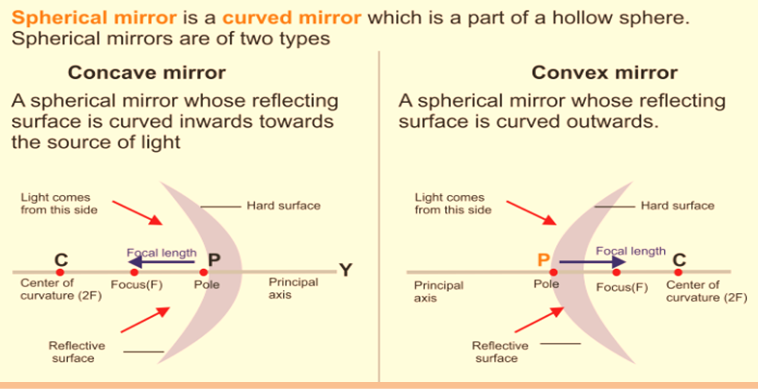 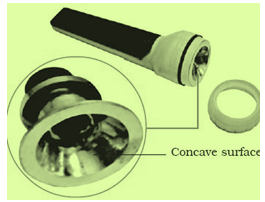