Synthetic materials made from natural materials such as cellulose, coal, natural gas, salt, petroleum and crude oil through a polymerisation or polycondensation process are termed as PLASTIC.

The word plastics derives from the Greek word Plastikos which means ‘to shape’ or ‘able to be moulded’.

The term plastics was coined by Belgian –American chemist

It is lightweight, durable, flexible and inexpensive to produce which has led to its widespread use. It is used in:

Ø Polymer implants and some medical devices

PLASTICS: A STORY OF MORE THAN 100 YEARS OF INNOVATION

Since Baekeland’s creation, many new plastics have been realized and developed, offering a huge range of desirable properties, and you will find them in every home, office, factory and vehicle.

What helps plastic to be extruded, moulded or pressed?

Plasticity of a plastic makes it possible for plastics to be moulded, extruded or pressed into solid objects of various shapes.

Plastics can be classified on the basis of:

Ø Chemical process used in their synthesis such as condensation, polyaddition, and cross linking.

Ø Chemical structure of the polymers’ backbone and side chains. For example: acrylics, polyesters, silicones etc.

Ø Resistance and reactions to various substances and processes, such as exposure to organic solvents, oxidation, and ionizing radiation.

The world’s first fully synthetic plastic was Bakelite invented in Yonkers, New York in 1907 by Leo Baekeland. It is a thermosetting phenol formaldehyde resin formed from a condensation reaction of phenol with formaldehyde.

It can be molded very quickly, thus, decreasing production time. It is highly resistant to electricity, and prized for its low conductivity. It is non-flexible.

The properties of Bakelite made it particularly suitable as a molding compound, an adhesive or binding agent, a varnish, and a protective coating. Bakelite is suitable for the electrical and automobile industries because of its extraordinarily high resistance to electricity, heat, and chemical action.

It is the most common plastic in use today. It is world’s most widely produced synthetic plastic polymer. It is a polymer,

primarily used for packaging such as plastic bags, plastic films, containers including bottles etc. As of 2017, polyethylene

accounts for 34% of the total plastics market.

The commercial applicability of polyethylene is limited by its low melting point compared to other thermoplastics.

It is a thermoplastic polymer used in a wide variety of applications. It is the second-most widely produced synthetic plastic polymer. It is produced via chain growth polymerization from the monomer propylene. It belongs to the group of polyolefins.

It is the world’s third-most widely produced synthetic plastic polymer. About 40 million tons of PVC are produced each year. PVC was synthesized in 1872 by German chemist Eugen Baumann after extended investigation and experimentation.

The rigid form of PVC is used in construction of pipes and doors and windows. It is also used in making bottles, non-food packaging, food-covering sheets, and cards such as bank or membership cards (known as Plastic Money).

It can be made softer and more flexible by the addition of plasticizers, the most widely used being phthalates. In flexible form, it is also used in plumbing, electrical cable insulation, imitation leather, flooring, signage, and many applications where it replaces rubber. With cotton or linen, it is used in the production of canvas.

Additives are various organic or inorganic compounds which are blended into plastics to enhance performance functionality. The most common additives include:

Ø Colorants: For example: Dyes and pigments

ØPlasticizers: Plasticizers are used to improve the flexibility and rheology of plastics and are important in making films and cable.

Ø Polymer Stabilizers: Polymer stabilizers are important during the forming and casting of molten plastic but also prolong the life of the polymers by suppressing polymer degradation that results from UV-light, oxidation, and other forces. Typical stabilizers thus absorb UV light or function as antioxidants.

WHY IS IT HARMFUL FOR THE ENVIRONMENT?

Plastic pollution causes harm to humans, animals and plants through toxic pollutants. It can take hundreds or even thousands of years for plastic to break down so the environmental damage is long-lasting. In other words we can say that plastic is non- biodegradeable. It affects all organisms in the food chain from tiny species to large species.

AROUND 43% of manufactured plastic in India is used for packaging purposes and is mostly single-use plastic.

Worldwide, about 50 kg of plastic is produced annually per person, with production doubling every ten years.

In 2019, the Center for International Environmental Law published a new report on the impact of plastic on climate change. According to the report, plastic will contribute greenhouse gases in the equivalent of 850 million tons of carbon dioxide (CO2) to the atmosphere in 2019. If current trends continue, annual emissions will grow to 1.34 billion tons by 2030. By 2050, plastic could emit 56 billion tons of greenhouse gas emissions, as much as 14% of the earth’s remaining carbon budget.

THIS CAN ALSO RESULT IN GLOBAL WARMING.

Plastic recycling is the process to recover scrap or waste plastic and reprocess the material into useful products.

The 3 process of plastic recycling are:

Link for videos related to Recycling and basic information about plastics: 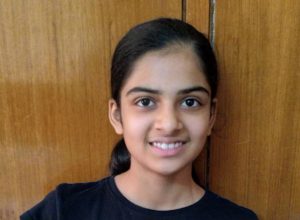