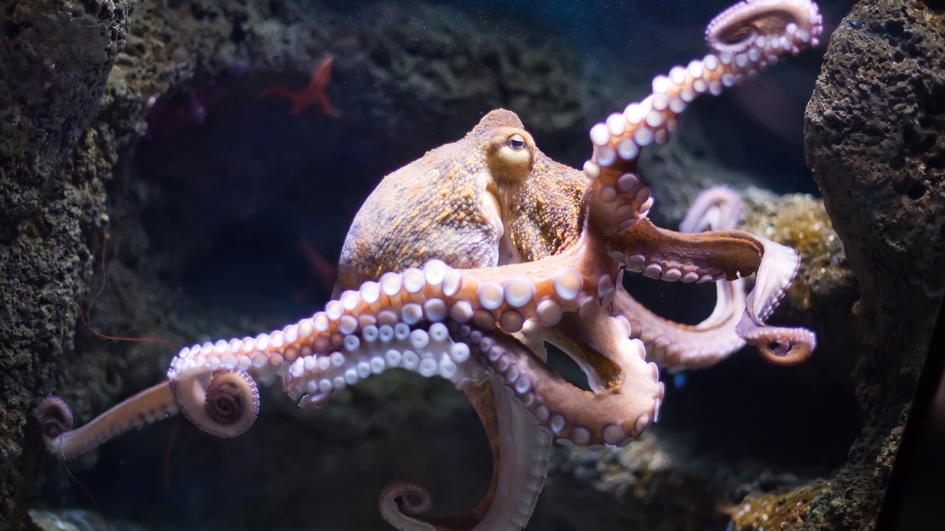 An octopus is one of the weirdest looking marine animals ever.It has a dome, or globe-shaped head and eight arms with suckers, or tentacles.

Octopi are found all over the world, in subtropical, tropical and temperate shallow water.

An adult octopus is 60-90 cm long and has eight limbs that protrude from the globe-shaped head. A recent study by experts, shows that two tentacles work like limbs and help the octopus to move, walk across the sea floor. 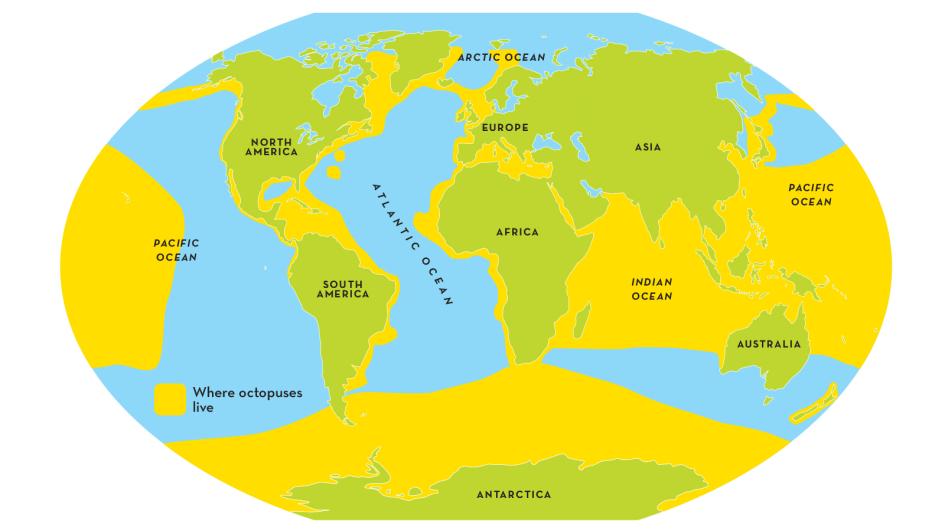 FACTS – YOU SHOULD KNOW

·      It is a marine animal and is classified as a soft body animal or mollusk.

·      The body of an octopus looks like a bag. It also has a bulbous head, large eyes, and eight arms. The arms of the octopus have suckers. The arms also have many nerves which allow the octopus to grab and taste things.

·      The octopus has excellent eyesight, but they are deaf.

·      The octopus has three hearts. The blood of an octopus is light blue.

·      It is said that an Octopus spends most of its life in hiding.

·   It has a well-developed brain and eight tentacles(limbs), with two rows of suckers each.

·   The majority of neurons in an octopus are found in the arms, which can independently taste and touch and also control basic motions without input from the brain.

·      The animal is one of the most intelligent invertebrates.

·      Studies show that an Octopus learns easily, often from watching another octopus.

·    Octopuses can squeeze into tight spaces as they are invertebrates which means they have no skeleton.

·   An octopus has a hard beak, like a parrot beak, which they use to break into and eat their prey such as crabs and shellfish.

·      World’s largest octopus, the Giant Pacific Octopus lives in the coastal waters off of British Columbia and is the largest octopus in the world. The largest one caught weighed 600 pounds and its tentacles spanned 33 feet.

·   A female octopus can lay on average about 200,000 eggs, however, fending for themselves only a handful of the hatchlings will survive to adulthood.

·     Males only live a few months after mating, and females die of starvation shortly
after their protected eggs hatch.

·     Humans eat octopus in many cultures and it is also a popular fish bait.

·     It is also known that the smaller an Octopus is the more dangerous it can be to other creatures in the water. This is because their venom is more toxic when they are a smaller size. The larger species aren’t nearly as much of a danger which is ironic because they are the ones that the other animals will avoid in the water.

· An octopus’s main defence against predators such as sharks is to hide and camouflage itself by using certain skin cells to change its color. This can also be used to talk with or warn other octopuses.

·   Another defence is to make a fast escape. Octopuses can eject a thick, blackish ink in a large cloud to distract the predator such as sharks. Octopus uses a siphon jet propulsion system to quickly swim away headfirst, with arms trailing behind.

·   A last-ditch defence is for the octopus to shed a tentacle similar to how a gecko or lizard can discard a tale. An octopus is able to regenerate a lost tentacle.

·      Octopus is capable of changing body shape to match other animals. 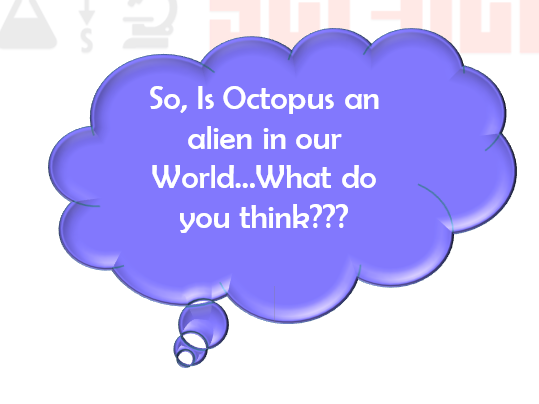