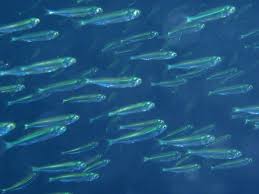 The gravitational pull of the Moon and the Sun makes the water in the oceans bulge, causing a high and low tide.

The tidal force causes Earth—and its water—to bulge out on the side closest to the Moon and the side farthest from the Moon. These bulges of water are high tides.

The Moon phase also plays a part in the tidal range. The greatest difference between high and low tide is around New Moon and Full Moon. During these Moon phases, the solar tide coincides with the lunar tide because the Sun and the Moon are aligned in line with Earth, and their gravitational forces combine to pull the ocean’s water in the same direction. These tides are known as spring tides or king tides. The name has nothing to do with the spring season, but rather it is a synonym for jump or leap.

The tidal range is smallest around the Quarter Moons /Half Moons because the gravitational force from the Moon and the Sun act in opposite directions at these 2 points of the lunar month. These tides are called neap tides or neaps, from Anglo-Saxon, meaning without the power. Neaps always occur about 7 days after spring tides.

There is a difference between having noticeable tides and having true tides. For tides to be noticeable, the body of water has to be huge, like an ocean. Even though true tides also occur in smaller water basins, like big lakes, the tidal variations here are too small to notice.