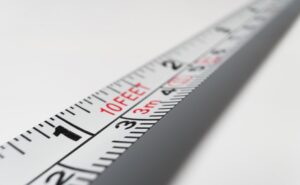 The known quantity which is used in measurement is called a unit.

For example: when you say that your height is 150 cm then the measurement of your height is being expressed in a number, i.e. 150 and a unit, i.e. centimeter.

Handspan, finger-length, cubit (length between the elbow and finger tips), foot-length and arms-length are some examples of arbitrary units of measurement.

Disadvantages of Arbitrary Units of Measurement:

You have seen that arbitrary units are made up of lengths of different body parts. These lengths can vary from one person to another. This can create lot of confusion as there would be no uniformity in measurement.

It is the most widely used system of measurement in the world. It is based on MKS (Meter-Kilogram-Second) System.

Length, weight and time are considered as basic quantities for measurement and other quantities are derived from them.

As per SI system;