Entrepreneur who made blue jeans 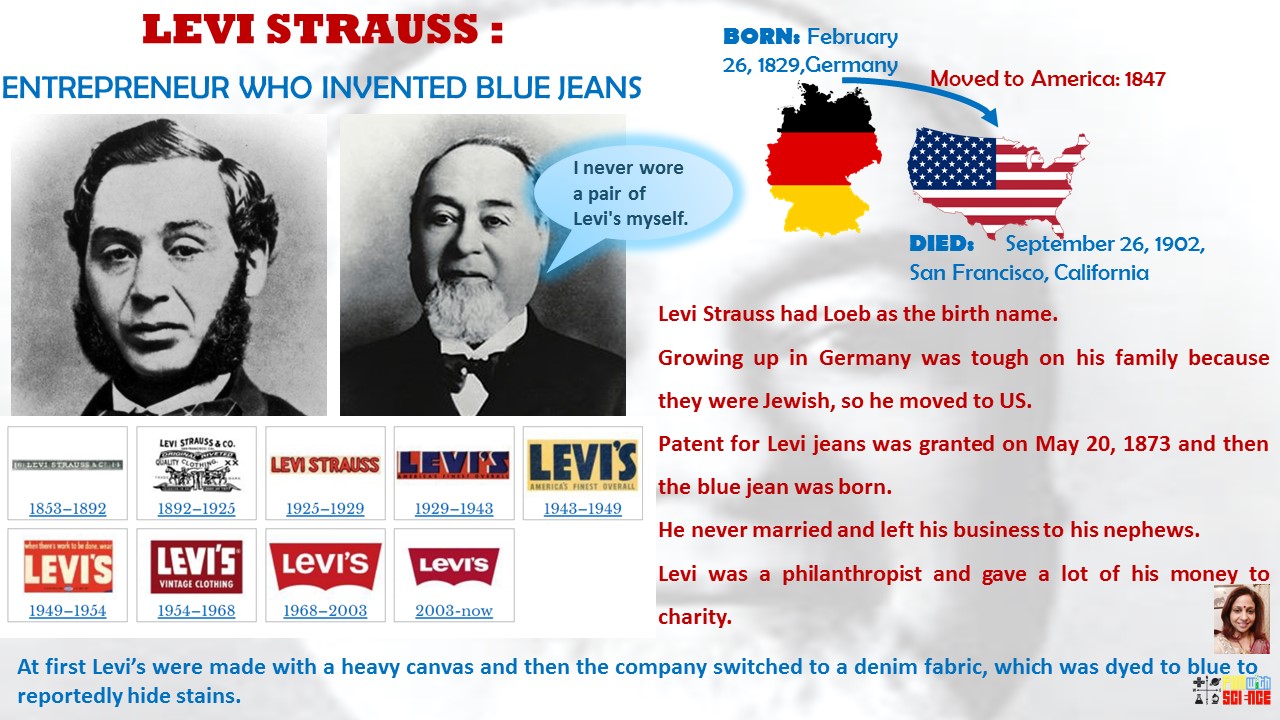 Where did Levi Strauss grow up?

Levi Strauss was born in the city of Buttenheim, Germany on February 26, 1829. Growing up in Germany was tough on his family because they were Jewish. Many people there didn’t like Jews and made it difficult on Levi and his family.    Moving to America

When Levi was sixteen, his father died from tuberculosis. Since Levi’s older brothers were already living in America, his mother decided to move the family there. At one point he moved to pioneer land in Kentucky and worked as a peddler. He would carry goods on his back from settlement to settlement selling goods.

Once in San Francisco, Levi opened up a dry goods store called Levi Strauss & Co. Over the years, Levi’s business grew.   Blue Jeans   In 1872, Levi Strauss was approached by a Nevada tailor named Jacob Davis. Davis had invented a new way to make durable work pants. At first these new pants were made with canvas, but eventually Strauss began to use a tough material called denim. The denim was dyed blue to hide stains. Strauss called these pants “waist high overalls”, but they eventually became known as “Levi’s” or “blue jeans.”