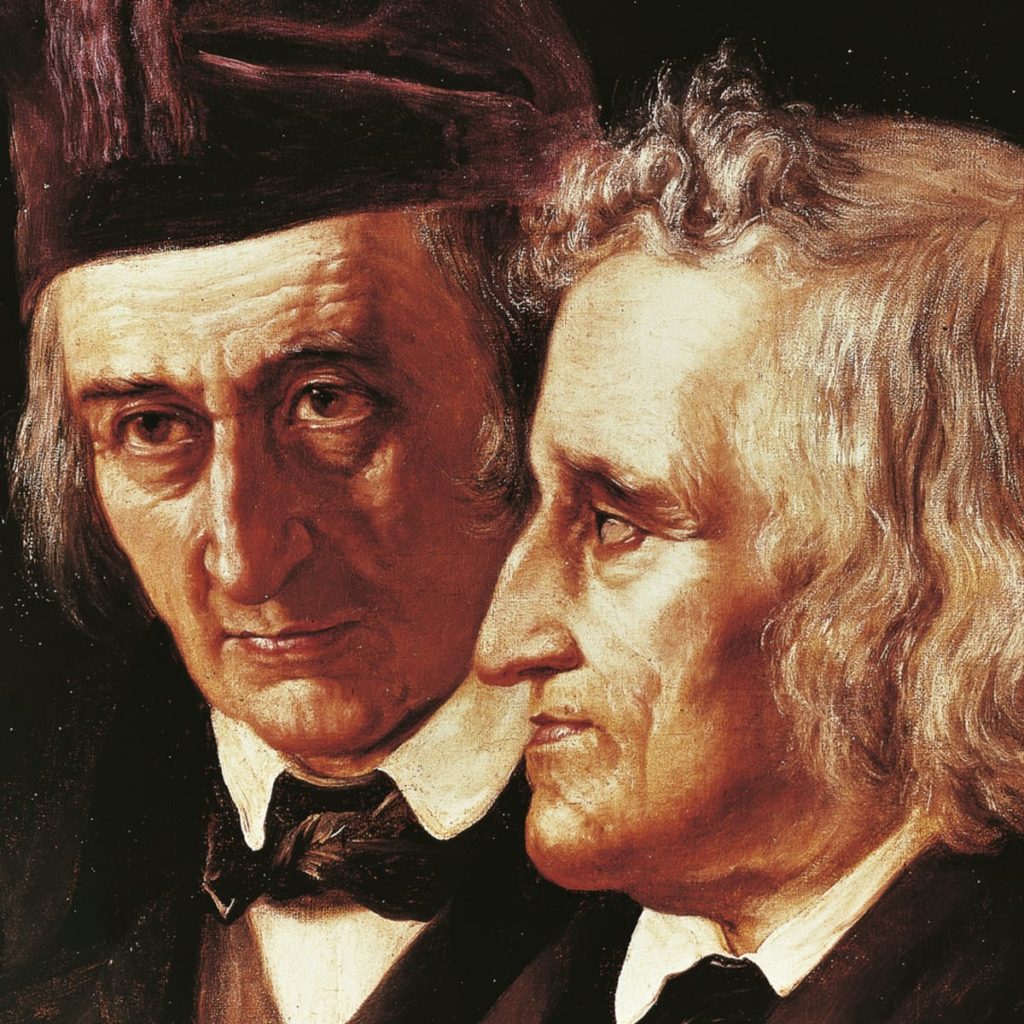 The Brothers were German academics, philologists, cultural researchers, lexicographers and authors who together collected and published folklore during the 19th century.

They were among the first and best-known collectors of folk tales, and popularized traditional oral tale types such as “Cinderella”, “The Frog Prince”, “The Goose-Girl”, “Hansel and Gretel”, “Rapunzel”, “Rumpelstiltskin”, “Sleeping Beauty”, and “Snow White”.

Jacob and Wilhelm Grimm were the oldest in a family of five brothers and one sister. Their father, Philipp Wilhelm, a lawyer, was town clerk in Hanau and later justiciary in Steinau.

The father’s death in 1796 brought social hardships to the family and the death of the mother in 1808 left 23-year-old Jacob with the responsibility of four brothers and one sister.

Jacob, a scholarly type, was small and slender with sharply cut features, while Wilhelm was taller, had a softer face, and was sociable and fond of all the arts.

After attending the high school in Kassel, the brothers followed their father’s footsteps and studied law at the University of Marburg with the intention of entering civil service.

At Marburg they came under the influence of Clemens Brentano, who awakened in both a love of folk poetry. Philosopher Johann Gottfried von Herder also influenced the Grimms, with his ideas on folk poetry.

In 1805 Jacob went to Paris to do research on legal manuscripts of the Middle Ages; the following year he became secretary to the war office in Kassel. Because of his health, Wilhelm remained without regular employment until 1814.

As secretary to the legation, he went twice to Paris (1814–15), to recover precious books and paintings taken by the French from Hesse and Prussia. Meantime, Wilhelm had become secretary at the Elector’s library in Kassel (1814), and Jacob joined him there in 1816.

By that time the brothers had definitely given up thoughts of a legal career in favour of purely literary research.

Their whole thinking was rooted in the social and political changes of their time and the challenge these changes held. Jacob and Wilhelm had nothing in common with the fashionable “Gothic” Romanticism of the 18th and 19th centuries.

Their state of mind made them more Realists than Romantics.

1. Their classic collection Children’s and Household Tales (Kinder- und Hausmärchen), was published in two volumes, in 1812 and in 1815 what is now referred to as Grimm’s Fairy Tales.

The title implied that the stories were meant for adults and children alike. The 200 stories of this collection (including, among the most enduring, “Snow White,” “Little Red Riding Hood,” “Sleeping Beauty,” and “Rumpelstiltskin”) aimed at conveying the soul, imagination, and beliefs of people through the centuries.

The stories were not intended for kids and the brothers didn’t actually write any of those stories.  In fact, the stories existed long before the two men were born in Germany in the mid-1780s. The fairy tales, in fact, were part of a rich oral tradition − passed down from generation to generation, often by women seeking to pass the time during household chores. They collected and recorded folk stories that became the basis for folklore studies. Most of the stories were taken from oral sources, though a few were from printed sources.

The collection enjoyed wide distribution in Germany and eventually in all parts of the globe; it became and remains a model for the collecting of folktales everywhere. 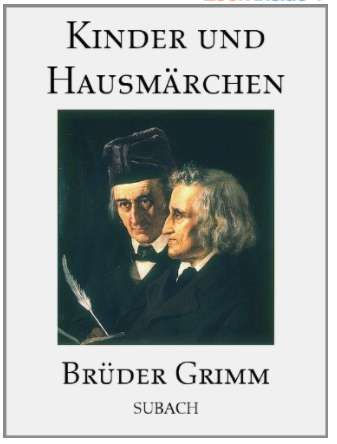 2. The Kinder- und Hausmärchen was followed by a collection of historical and local legends of Germany, Deutsche Sagen (1816–18), which never gained wide popular appeal, though it influenced both literature and the study of the folk narrative. 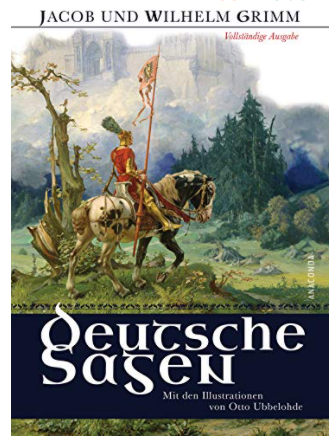 3. The brothers then published (in 1826) a translation of Thomas Crofton Croker’s Fairy Legends and Traditions of the South of Ireland, prefacing the edition with a lengthy introduction of their own on fairy lore.

4. Wilhelm’s outstanding contribution was Die deutsche Heldensage (“The German Heroic Tale”), a collection of themes and names from heroic legends mentioned in literature and art from the 6th to the 16th centuries, together with essays on the art of the saga. 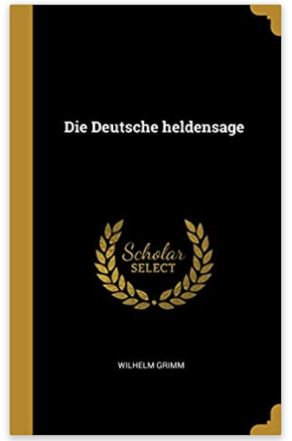 5. Jacob turned to the study of philology with an extensive work on grammar, the Deutsche Grammatik (1819–37). Jacob’s work on grammar exercised an enormous influence on the contemporary study of linguistics, Germanic, Romance, and Slavic. They came up with GRIMM’S LAW.

WHAT IS GRIMM’S LAW?

Grimm’s law is a set of rules dictating how a handful of Germanic letters differ from their Indo-European cognates.

Jacob represented the natural laws of sound change, for both vowels and consonants, in various languages and thus created the bases for a method of scientific etymology.

Jacob’s work on grammar had an enormous influence on the contemporary study of linguistics, Germanic, Romance, and Slavic.

In 1824 Jacob Grimm translated a Serbian grammar by his friend Vuk Stefanović Karadžić, writing an introduction on Slavic languages and literature.

He extended his investigations into the Germanic folk-culture with a study of ancient law practices and beliefs published as Deutsche Rechtsaltertümer (1828). The work stimulated other publications in France, the Netherlands, Russia, and the southern Slavic countries.