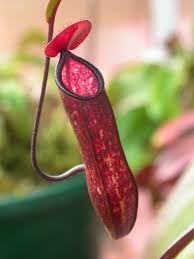 Depending on the way plants obtain food, plants are classified as follows: 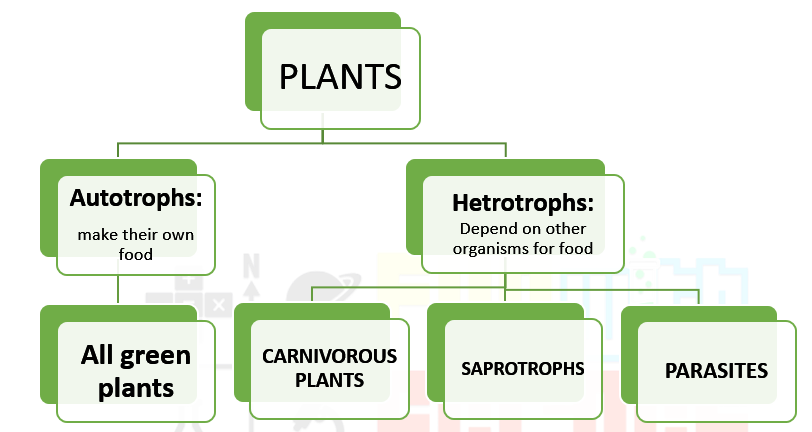 ·      Carnivorous plants grow mostly in wet areas, from sea level to the mountains.

·      North America has more carnivorous plant genera than any other continent.

·      Pitcher of the pitcher plant is actually a modified leaf. The apex of the leaf is the lid.

·      This nectar attracts insects. When insect lands on the wall, it falls down into the liquid.

·      The insect is trapped inside because the walls of the cup are smooth and slippery and the walls have hairs pointing down.

Its native habitat is in the swampy areas of North and South Carolina.

·      Since swampy soil lacks in nitrogen, the plant eats insects for its nitrogen needs.

·      The stems perform photosynthesis while the traps capture the prey.

·      The traps are made up of two elongated leaves with spikes.

·      When the spikes, or trigger hairs, are touched, the leaves snap shut over prey.

·      Larger plants can even capture rodents and amphibians. 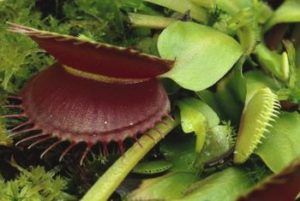 ·       They use a thick gluey goo called mucilage to trap and digest their prey.

·       They are one of the most common carnivorous plants.

·       They are found everywhere in the world except Antarctica.

·       Many sundews species usually live for two or more years. Others live for only one year and reproduce by seed. Some sundew species can live for 50 years. 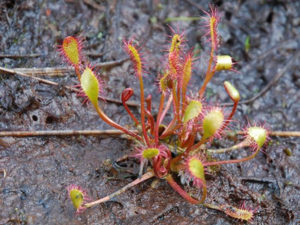 ·    They get their energy from dead and decaying organic matter. This may be decaying pieces of plants or animals.

·       They are not green and so they need to take food from the organic matter.

·       A plant called mould starts growing on the bread slice if kept for long. 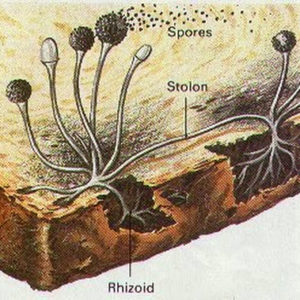 They derive their nutritional requirements from another living plant.

They have the ability to extract water and nutrients from the host plant (Plant from which they extract their nutrient).